The inaugural Boyle Lab Olympics was held July 3rd 2017 where the lab was split into two teams: Boyling Point (Alan, Jessica, Torrin, and Shengcheng) vs. The Hard Boyled Eggs (Adam, Sierra, Greg, Ningxin, and Christopher) and competed to win the ultimate DNA trophy. There were 8 events that tested both wet lab and dry lab skills. Special thanks to Haley who worked hard to organize and plan this entire day of activities!

Teams then collaborated like scientists on the Lab Mate Trivia, and the Boyling Point was able to snag the W.

Event 2: Program Showgram
Teams had to create a MadLibs program that was user-friendly and creative in 25 minutes. Since Alan did not respect the time limit, The Hard Boyled Eggs snatched the points.

Event 3: Science and UM Trivia
This event tested the team’s breadth of knowledge, and while it was close, The Hard Boyled Eggs were able to pull ahead!

Event 4: Type Racer
Individuals had to type both quickly and accurately in this challenge!
Gold: Alan | Silver: Christopher | Bronze: Shengcheng (who had an accuracy of 99.7%!)

Event 5: Shooting range
The teams then competed in a rather difficult challenge where they had to dispense pipette tips into three different targets. We learned that Ningxin has a talent for this and was able to grab some points for The Hard Boyled Eggs.
Gold: Ningxin | Silver: Sierra | Bronze: Alan

Event 6: Pipette tip bubble balance
Individuals had to balance a drop of water onto a P20 tip, and while it was close, Ningxin was able to win the gold by balancing a 3.42 ul drop on the P20 tip!
Gold: Ningxin | Silver: Shengcheng | Bronze: Adam

Event 7: Guess the Volume
Each individual was given three containers to guess the volume with only their hands and eyes.
Gold: Greg | Adam: Silver | Jessica: Bronze

Event 8: Three Legged Biohazard Bag Racing
Each team had the change to prove their speed.. but the Boyling Point was able to win this round.

When all the points were tallied, The Hard Boyled Eggs won the Boyle Lab Olympics of 2017. In order to bring the lab back together, there was a mystery final event in which the whole lab played Break Out. We were able to come back together and almost set the record in the Zombie Apocalypse escape room! 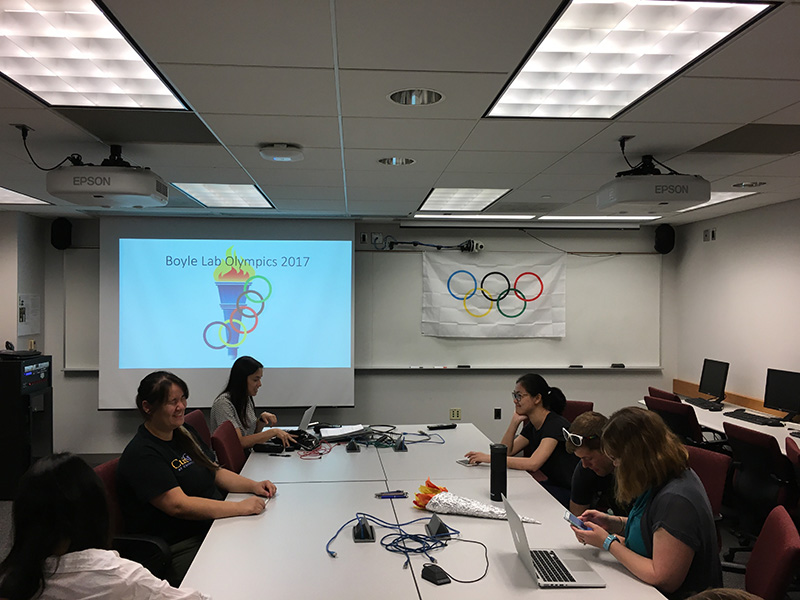 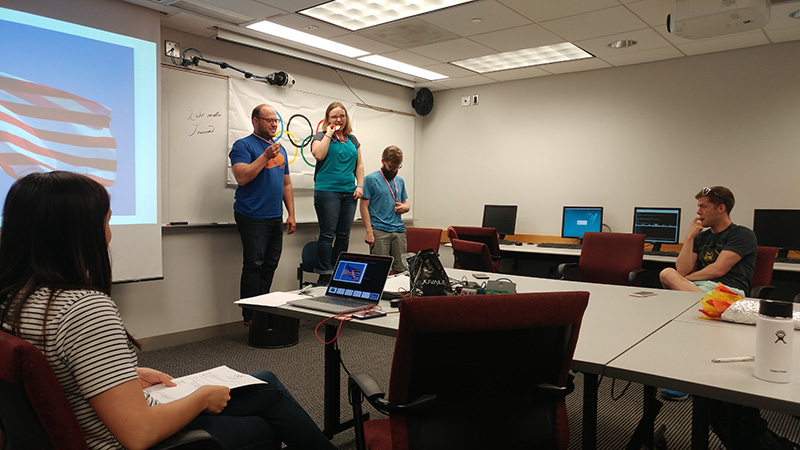 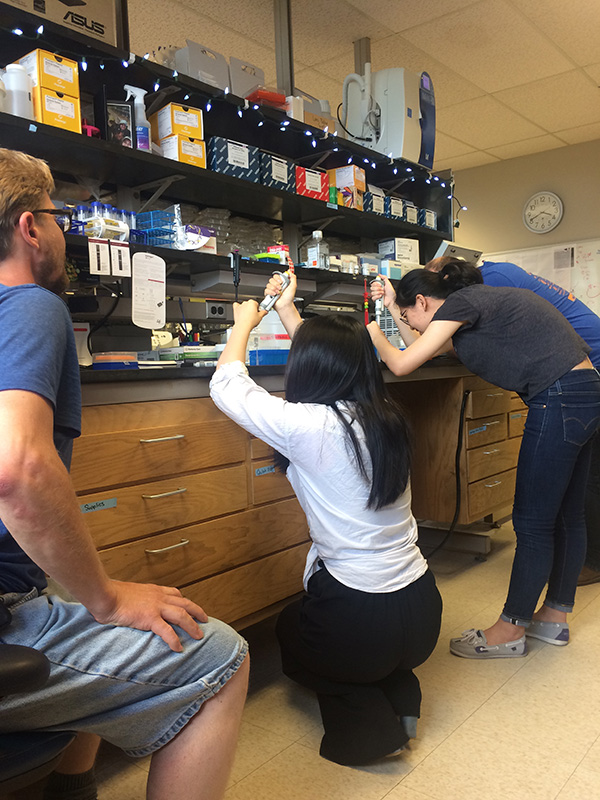 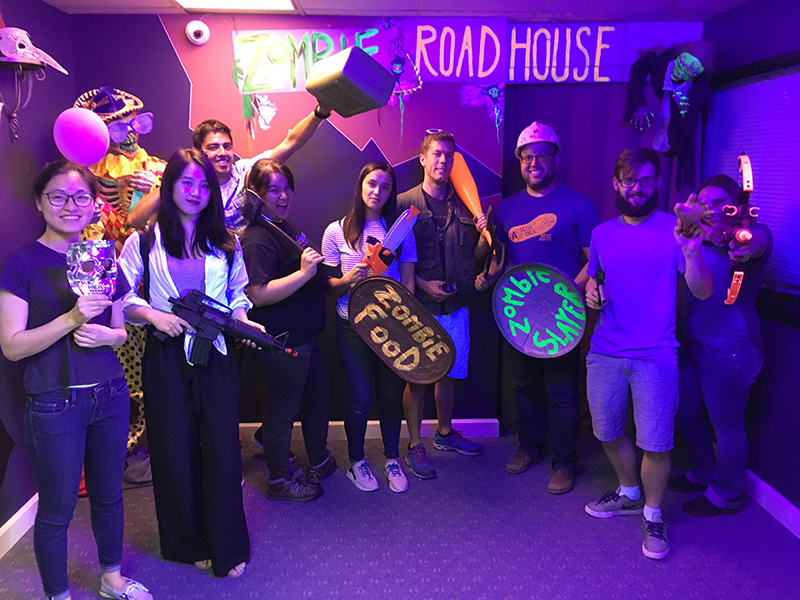 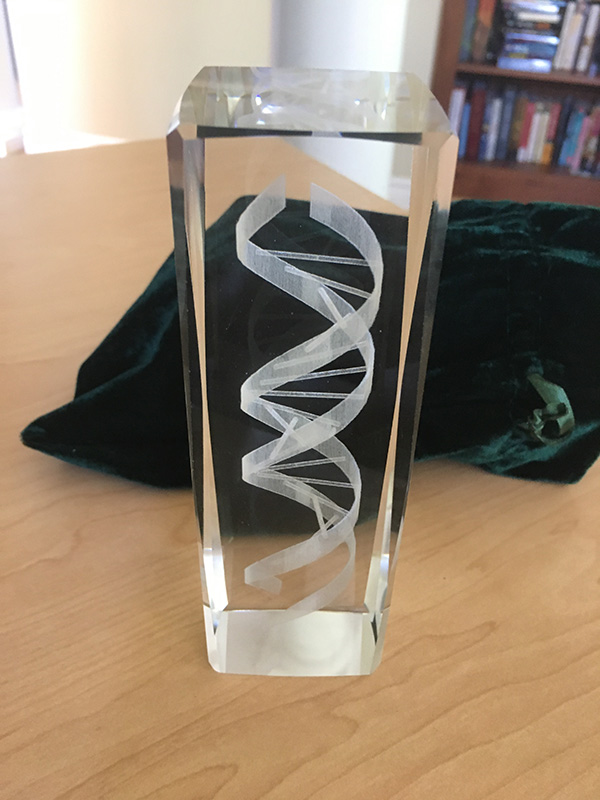